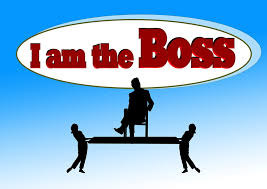 Lust for power is often presented as a reason why the strong are a threat to the world. However, there is a tiny defect in this theory: Ruling over other people would be endlessly beneath a strong person.

Ruling is an inferior ambition. It is a means for coping with complexes as it helps to convince yourself that you are better than those you govern. However, in order to be on the top of a given group, you need to be the best in their category. And since only the weak can be ruled, the ruler must be the weakest one of them all.

If X thinks that Y is a squit, he will need to prove that to himself by ruling over У. But if Y really is a squit why would X compete with him? Answer: because X also is. And because he doubts if he is actually better than Y.

Power is boring. If you control things, every situation will be confined to the size of your own mind. Everything will obey only to the conditions of your comfort zone. Moreover, when you want something, your subordinates will say ok and will hurry to complete your wish. You won’t have the pleasure of fighting and risking.

Power means control and the desire for control means fear. The person who doubts himself does not want to solve his problems, he wants to have no problems. The power over the whole world would give you total control. But just an insecure and weak creature would want that.

The overman wants to face the challenges of the Universe. He welcomes chaos, doesn’t fear the uncertainty of the future, and feels good in an always changing environment.

The strong person wants to gain control over himself and the storms of his own heart. He does not have time for the others. He wants to run faster than the wind, to fly toghether with the birds, and to compete with the sun in brightness. He wants to bend his fear, to crush his temptation, to overcome his hesitations.

The overman does not need the service of the weak. If a weakling obeys, what does the strong one gain from that? An easy win and a useless slave. In other words, nothing that would interest him. When you have a squit at your feet, this is not a reason for complacence, but for disgust.

Even if the strong person could use the weak, he wouldn’t rule them because of respect for freedom and for his species. The truly free person realises the meaning of freedom and aims to achieve it not only for himself but for the whole world. He would like to see other people as rulers, not as slaves.

The Overman may have goals which require the obeyance of the masses. But in such cases, for him, power is not an aim, but a sacrifice.

People must not have rights

EVERYONE stands above the law