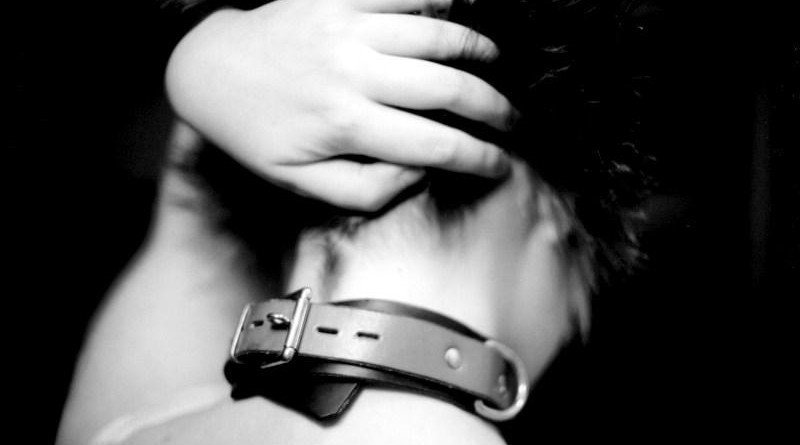 The great Christian Grey! The sex symbol of the world! Successful in everything, rich, handsome, smart, talented, perfect…Hmm, wait a minute. I think there was someone else in this book… Oh, yeah! Anastasia Steele! Poor, ugly, stupid, talentless, successful only at being a rag.

And sooo…What could possibly happen if these two adorable creatures meet each other? Nothing else but to fall in love! When Christian sees Anastasia for the first time, he is charmed by her. And how he could not be! After all, she trips and falls down the minute she walks in and after that, she is too insecure to look him in the eyes while she is asking him her questions. Isn’t that the dream girl for everybody? After the interview, we spend long and exhausting days with Anastasia’s thoughts while she is wondering which part of Christian is the most beautiful. It’s not because she is superficial, of course. Oh, nooo! She is just captured by his magical charm! And this has nothing to do with the charm of the sexy rich boy… Not at all!

Anastasia is a proud woman and she is above those things! With the start of their relationship, we are given a hint that the hot guy has a dark secret which, can you imagine this, is that he is a sex god! Oh no! The worst has happened! Now is the time to fill ourselves with admiration for the strength of the modern woman who jumps into the dangerous and scary world of BDSM with unbelievable courage. Christian offers her to sign a very interesting sexual contract that makes them master and slave. Because of its huge volume, I will summarise its content in a single sentence “I will fuck you and you will be my rag.“

Here the author confuses me because it seems like Anastasia is hesitating and even considers to refuse the offer. She, of course, isn’t worried at all about the second part of it. The only thing that’s disturbing for her is the possibility of being sexually satisfied. The fact that she is being treated like an object and that she is just one of many does not represent any problem for her. And why would it! Deep down, Anastasia knows that she will be somebody’s rag and Christian is fascinated by the idea of having one, saying clearly that he will throw it out the moment it’s not good for wiping anymore.

After we know the rules it’s time for a series of dates that are obviously trying to kill the readers with boredom (it’s possible that this is actually the secret mission of Anastasia). Anastasia is once again facing a tough dilemma – which one is more impressive – Christian’s  apartment or his helicopter. She somehow manages to overcome this challenge and we enter the Red room for the first time. 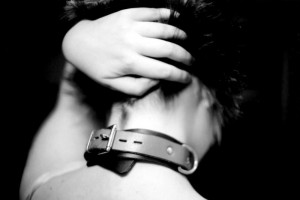 ghts on a very exciting subject – the naked feet of Mister Grey which are by all chances the second main character in the book (you can all understand that Anastasia is incapable of taking such an important position). But regardless of being shown through Anastasia’s eyes, the sex is still sex. And it’s great. Honestly, the only scenes that were helping me not to fall asleep or puke so I could go on. The fact that the man is much more beautiful than the woman is a little disturbing and shows bad aesthetics but this word has no place in the trilogy anyway.

Our lovers are now in a relationship and it’s time to meet the rest of the people in Christian’s life. How romantic! He is adopted by good and totally boring people. Shocking. And thank God they are like this because otherwise, our nice Ana had no chance of fitting in. While we read the groundbreaking motives in literature that people have families and friends, we are left almost breathless. But the few of us who manage to go through that storm of emotions will get to Ms. Robinson. A gorgeous middle-aged blond that years ago taught Christian how to turn pain into pleasure. Now Anastasia is terrified by the thought that Christian was molested by a pedophile. The small detail that there was no such thing obviously is not important for her.

Anastasia is always ready to take out another handkerchief in a new shade of weakness out of her sleeve which this time is jealousy. When she sees the devastated and looking like a skeleton ex-lover of Christian, Ana never stops to ask herself what kind of monster is her partner. She is too busy torturing herself with counting how many time he has seen her naked! Christian can have any other woman in the world, but is Ana really doubting her skills as a nonentity? How naive!

I have to mention that there are other people in Miss Steel’s life. Without a doubt, the most important among them is her best friend Katherine Kavanagh (awesome name). Although it’s hidden, you can feel that the creator of Katherine doesn’t  have a good opinion of her. I can’t argue about that. After all what kind of bitch has her own opinion!? For the love of God, Kate, wake up!

Next in line are Ana’s friends from the opposite sex. Obviously, the author brings in motives from zombie-apocalyptic scenarios because there is a virus spreading around that affects and damages men’s neuro system and makes them fall in love with the main character who has the charisma of a dead cow.

And last and least is the character of the father that is absolutely meaningless. 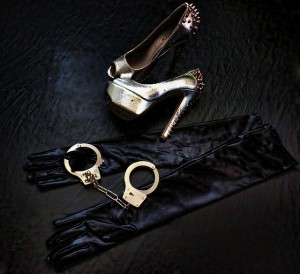 But let’s go back to the couple in love. Sex, pain, sex, pain… Until the end of time. At the end of the first book, Anastasia makes a ridiculous attempt at reaching the human level of evolution. She breaks up with Christian, because, check that out, he spanked her too hard and her tushie hurts! Ah, how wonderful it would be if that was the end of the story… But unfortunately, their love turned out to be too strong!

The lovebirds realize that they can’t leave without each other and they get back together again.

From this moment on absolutely nothing happens, so I suggest taking a look at some of Anastasia’s best moments:

She doesn’t want his money but she delicately suggests that he should buy her a car. And when he gives her the keys, she thinks “Oh, God, he will let me drive it!”. Uuuuum… Perhaps she doesn’t realize that Christian is not her father… Not that I blame her, after all, he is constantly telling her that for him she is like a child… Thank God, that the book doesn’t show us what the hell are these people doing to their children.

One of my favorite episodes of the saga is the one about their wedding. I will recreate their dialogue and I apologize in advance if some details are slightly different because I am quoting by memory:

– Oh, Christian. Please, trample me! I will happily writhe under your feet! – I said.

How strange. He always says that… But he has such a sexy voice!

– Christian, I love you too much to mess up your new shoes! Put on something else!

– Ah, what did I do to deserve such happiness? I am talentless, boring, unattractive and I don’t even have any money.

– Yes, but you are very good at crawling and you can cook. 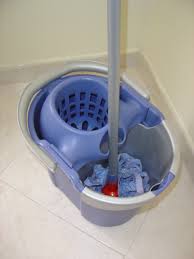 Directly connected with their marriage is their argument about her last name. Anyone would make the naïve suggestion that since that’s her name, she has the right to decide what it would be. Surprise! Christian explains in details to his wife that he is emotionally unstable and has the character of a three-year-old child. Anastasia decides that those reasons deserve respect and steps away from the battlefield. When she asks him what he wants, he says that he wants her entire world to begin and end with him. She is not only willing to accept his demand, but she answers that this is already true. But of course! Why would you need to have your own world when your husband has money and a big penis!

We cannot overlook the dramatic conversation when Christian tells Ana about his tough past. His mother is a prostitute on drugs and his father beats her. Oh, how sad! Is that a tear on my keyboard!? No, just the glass of mediocrity started to overflow.

And since we are talking about parents let’s go to the hospital and pay a visit to Ana’s father. She is scared for his life but she is much more worried that Christian may see her wearing the jacket of another man. Do not judge her! A real woman always has her priorities straight.

Another one of my favorite moments, and I am sure one of yours too, is the decision of Anastasia to declare mutiny against the tyranny, proudly holding her head high by…taking off her bra. Go ahead, women! That’s the right way! When you see injustice, go out naked on the balcony and shake your breasts! And don’t forget to call the paparazzi to come and take pictures of you! Your body is a property of your husband so offer it to everybody and the victory will be yours! For freedom!

But let’s not make bad conclusions too quickly. The trilogy has its positive qualities. I can immediately give an example with her educational function. When Anastasia goes into a bar and dances with her husband, she thinks “What a fool I was to be reading books instead of going out to bars and dancing!” Although that is well-known by the modern young lady, there is nothing bad in repeating it once more. At the next moment, some stranger grabs Ana and feels her up (without a doubt another victim of the virus). Suddenly Christian jumps in and hits the man in the face (obviously indignant from his bad taste in women). He took her to a nightclub and he got into a fight for her! How charming! I wonder why that makes me think of a famous song of Ivana, but in the song, there is much more class.

We must also give attention to the storyline with Ana’s boss – Jack. Of course, he also likes her and wants to sleep with her. But when he tries to rape her, she manages to protect herself and escape. Our Christian Gray is once again in the role of a superhero and comforts the poor woman in trouble.

They often speak about her job and argue if she has to work at all. At first, it seems like she is about to succeed in protecting her right to work, buuuuut… Well, the egocentric, control freak Christian is again in action. He just solves his problem by buying the firm where Ana is working and then tells her that he will buy any other place where she works. Anastasia is once again, destroyed. Shocking!

At the final chapter of the book, Jack returns and kidnaps Christian’s sister. Anastasia bravely goes after her to save her but she achieves nothing and ends up shot and laying on the street. Here the author stole from “Twilight” too much, which we can see throughout the entire book. But in El James’s version, the idiot is pregnant, which brings even more drama in our fragile souls. 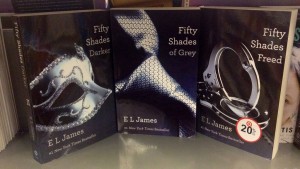 At the end, I want to give ideas for new titles of each book because they express the main idea of the trilogy in a better way. “Crawling behind you”, “Squirming under your feet” and “Forever a rag”.

And taking the fact that this is a bestseller among female buyers, I can declare that Anastasia Steel is a real woman!

The sentence for mankind in Dan Brown’s “Origin”