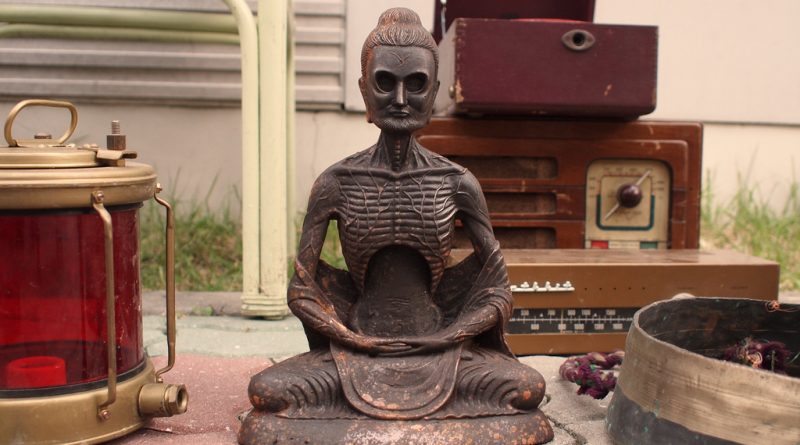 The Neo-Nazi and the Neo-Buddhist. These are the two people who will kill the world. They have been in a secret conspiracy for centuries but none of them even suspects that. They are here to enslave the whole spectrum and to transform it into a unified nothingness.

Of course, they would prefer to work without the other one. But they cannot reach their goal alone. The violent lowlife does not have the strength to rule the whole world. The meek collectivist cannot win people for his doctrine without a threat. Each one of them can gain influence only as an opposition to the other one.

When you see a brainless scoundrel beats a representative of a minority on a street, you will never want to be like him. But when you hear a prophet in white clothes to preach total sameness between people with a lifeless smile, you are ready to accept every alternative.

When someone offers you to give up your own individuality in the name of the collective and to sacrifice your mind and body to an inexistent truth, you will never want to follow him. But when you see the blood on the hands of the tyrant who is ready to tear apart anyone who chooses to be himself, you are ready to accept every alternative.

And since, like everything else in today’s world, there are only two alternatives – all roads lead to the end of mankind.

The Neo-Nazi. He believes that he is better than anyone else because of what was given to him and not because of what he achieved himself. He believes that every type of distinction is a crime punishable by death. He sees the man as a heartless beast and the woman as a means of producing children. He defends values such as family, nation, race, which can be united with only one word: collective. He uses sacred words as fatherland and honor to express his inferior passions and fears. This person is completely empty and rotten on the inside.

This person would not worry me too much because he will never conquer the world. People will always fight against the power of harsh strength. But this person worries me much because his stupidity will transform him into the base, on which the other one will build his kingdom.

The Nеo-Buddhist. This person denies the dignity and the power in the essence of mankind. He preaches servitude to a faceless mass as the supreme deed. He considers individuality and the defense of personal principles as monstrous crimes against the primal right of society. He is willing to protect anyone who expresses himself through weakness, insecurity, and fear. He wants to put everyone under the total control of the crowd in order to prevent any form of progress and self-realization.

This person has the potential to rule the world because he does not govern as an external power but makes people put their own chains and carry them with pride. But this propaganda is so contrary to every instinct of life that it would never have worked if the other ones did not exist. The contemporary era of tolerance is due only to World War II. People did not begin to accept everything, they are just afraid of being killed.

Yes, the Neo-Nazi and the Neo-Buddhist could have killed the world. But there is an obstacle standing in front of them. The Absolute are here. The moratorium on spiritual death has come into effect. Now the living ones are ruling.