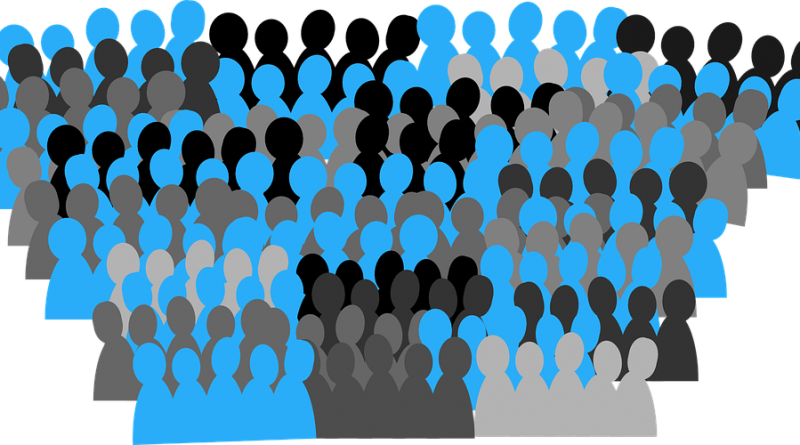 Democracy. The supreme symbol of prosperity in our world. Democracy leads us towards a brighter future and all developed countries support its values. Democracy is progress, evolution of society, a step towards a better world. It is the political system that gives its citizens the biggest amount of rights and allows the individual growth. Or at least that is what they tell us. But the democracy has two small flaws that nobody is mentioning.

The first and the less important one is the fact that it is impossible. Literally translated the word “democracy” means “power to the people”. But the power has never been to the people and it never will be. The expression suggests that the society should be on top and all decisions about the structure and functions of the country should be made by everyone. But what is actually happening? The only thing that the people choose is who to “represent” them in the government. There is not a single country that has a law which says that is mandatory for the representatives neither to keep their promises nor to strictly follow the ideology that they are claiming to support. Therefore the nation simply chooses a bunch of people that can do whatever they want. We are done with the ”power to the people” nonsense.

If society is holding the power that means that every law in the country must be approved by a referendum and the government should simply give advice and opinions instead of being the final judge. But we can all see that this is not what is happening.

But in order to see that democracy is a lie, there is no need to get into a complicated political analysis. When a person looks at themselves, they will immediately notice that they never took any part in making the laws that they are forced to live by. No one asked their opinion when the constitution was written, no one asked them if they agree with the rules of society. Next, when a person looks at the people around them, they will notice that none of them ever took any part in writing even a single word of the basic laws. So in conclusion, we can see that the entire population lives by laws, determined by a group of people who have been dead for centuries. Power to the people? I doubt that. More like power to the dead. 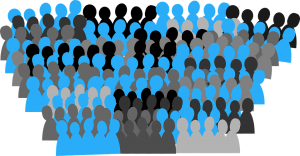 The second one and much serious problem is the idea that democracy is a utopia. It is shown as a dimension where there are no worries or problems and everyone can be whatever they want. Rights, freedom of speech, new horizons for the individual. Or not. One of the biggest misconceptions in the world is that democracy is the opposite of communism.

Communists believe that the working class has to rule the world. Democrats believe that the majority has to rule the world and the working class is always the majority. Communists want us all to be equal, democrats preach equal laws for everyone. Communism forbids talking about other ideologies, democracy forbids the expression of non-democratic ideas. Where is the difference?

The difference is that democracy is a much more complicated and successful version of communism. Communism threatens with violence. It drives too fast, forcing the citizens into the corner. With time things get more and more intense and it all collapses. Democracy does not pressure anyone. It caresses people with a feather moving slowly but certainly to conquer every mind which can stand against it.

Communism can offer only collectivism which makes the other choices obvious and desirable. But democracy turns collectivism into a spectacular show. It exists in millions of forms and colors and they all taste better than the last one. Communism is a cruel dictator who sooner or later makes its slaves resent it. Democracy is a helpless woman that whispers to the consciousness of anyone who walks by her.

The dictatorships hide the existence of their political enemies. Democracy happily puts them in the spotlight. And this is one of her brightest moves. No one would dare to doubt a political system whose enemies are ISIS and the communists. Although it has no good qualities, the democracy always plays the card “the lesser evil” which guarantees its victory.

But even this is not true. In the past, the world was ruled by the gods, then by kings, and in the end, the power went to the dictators. Now the nothingness rules. The empty space has the power. Nobody determines the rules of a game which no one can break. No matter how terrifying were the systems in the past, there was always at least one person who was above the law. Someone who can look at the masses from above and who has the possibility to see beyond the end of the horizon. Such people no longer exist. Democracy is a gray jelly without head and body whose last dying neurons are twitching in agony.

Democracy is a dictatorship on low speed. It comes unnoticed and conquers every aspect of our lives. Government control everywhere, recording the calls of all citizens, cameras at every corner. Orwell thought that “1984” is the future of communism. But the democracy turned out to be a much better instrument for achieving it. Democracy is a horrifying dystopia which will cause the end of mankind. A world, where every person serves another, who serves the next one. Copies of copies, who destroyed the originals a long time ago. A world without individuals where the majority is the only thing that matters. This is the world which the people of today call “progressive”.