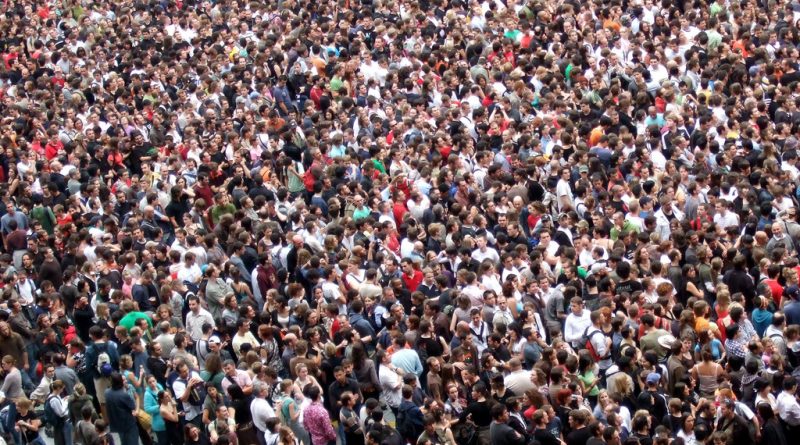 Humanity only has two problems. The first one is that it is spiritually dead. The second one is the overpopulation. The first one is difficult to overcome as so far, not too many people have brought others back from the dead. But the solution of the second one seems quite simple: Stop giving birth. That will significantly alleviate the first and will destroy all lesser problems.

Global warming. The main reason for global warming is human activity. If there are no seven billion people on Earth, it can be slowed down or even stopped. The limitation of global warming will solve dozens of other problems, including natural catastrophes, the melting of the polar caps, the rising levels of oceans, the extinction of animal species, etc.

GMO. The justification for genetically modified organisms is that the population of Earth is growing and it needs to be fed. When you realize that your planet is not capable of guaranteeing your existence, it should be clear to you that you have gone too far. If the numbers of Earthlings are reasonable, there will be enough food with high quality for more of them.

Inhumane treatment of animals. Here, the situation is the same. Chickens, cows, and pigs will not be raised in horrible conditions in order to make supply meet demand. Crocodiles and minks will not be mass murdered for skins because there will not be hundreds of companies producing bags and coats from them.

Deforestation. Humanity will not need as much wood, which will decrease tree cutting. Animal habitats will be protected and CO2 emissions will decline.

Poverty. Many of the countries with the lowest resources are those with the highest population growth rates, which means that the problem will become more exacerbated in the future. Limiting birth will allow these countries to build more sustainable economies.

Crime. Poverty is among the main reasons for petty crime. When goods are being distributed among fewer people, the need for thefts and violence will decrease.

War. On a global scale, limited resources will stop being a reason for war.

Pollution. A decrease in the population will significantly reduce the problem of pollution, as, on average, every person produces 1.2 kilograms of garbage per day.

Sustainable energy. Fewer people means lower energy consumption levels. That will slow the depletion of oil reserves and will make the transition towards green energy calmer.

Control. Controlling an enormous mass of human beings requires laws and constant monitoring. Social media, which comprises the greatest clusters of people, is also the most widely used method for propaganda, manipulation, and control. Laws are being introduced without resistance because people feel threatened by poverty and crime. Surveillance is presented as a means of safety but in fact, it aims to limit personal freedom.

Herd mentality. If people are as many as the Earth can naturally support, the manipulation that we must think as a herd instead of as individuals will not work. For everyone, it would be easier to realize themselves as a separate individual, which will lead to progress for the whole of humanity in the long term.

Quality. The development of humanity in the last century demonstrates clearly that quality is inversely related to quantity. In a healthy world without total control and mass collectivism, the individual will be free to develop and overcome themselves. If the general quantity declines, the number of overmen will probably increase.

And in case there is still someone who doubts the severity of the problem, let us look at some statistics. China and India are the two most populated countries in the world and each of them has over 1 billion people more than number 3, the USA, whose population reaches around 330 million. Indonesia, Pakistan, Bangladesh, Mexico, Ethiopia, and the Philippines have over 100 million people and keep growing. Nigeria is already seventh but its fertility rate is still 5.7. According to UN estimations, in 2100, Nigeria will have a population of 752 million which will be more than the whole of Europe, including Russia, with 646 million. Niger has a fertility rate of 7.4. For Somalia, Congo, Chad, and Mali, it stands at over 6.0. Meanwhile, the average life expectancy has grown from 48 years in 1955 to 71.4 years in 2015. Does the world really not find this worrying?

And here is something much scarier than any horror movie: http://www.worldometers.info/world-population/

People should be aware which is their main problem. They complain about rights, democracy, inequality, poverty and climate only because these problems are comfortable for them and their solutions do not depend directly on them. The overpopulation is being discussed but everyone speaks of “adaptation” because the possible solutions are not comfortable for anyone.

Humanity is perfect because it is the only species on the planet capable of self-destruction. But if one day we do this, let the reason be greatness and not weakness.

Thanos: A villain or a hero in “Avengers: Infinity war”