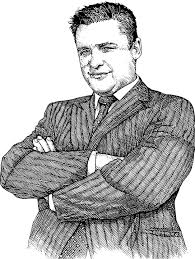 The straight white man should rule the world. For over 2,000 years he was not able to prove this statement. But all the rest proved it for less than 20 years.

The straight white man humiliated all other beings. He chained freedom. He imposed unworthy values. He put money on a podium. He welcomed violence and rejected goodness. He destroyed nature. He created the machines. He forced everybody else to accept his power. But today we must ask: So what?. Look what women, people of color, and gays are doing.

The minorities said that they fought for freedom and equality. But this is not true. They were fighting for their own dictatorship. Now, they rule. And society works according to their laws. To say that people have a race makes you Nazi. To have sexual preferences towards the opposite sex is a crime. To hire a man when a woman has also applied for the job is unthinkable. To be something different from a pregnant black woman makes you a monster.

The straight white man ruled because he said that strength, intelligence, bravery, will-power, and success belonged to him. He was proud of that. He aimed to increase his power as much as he could. The minorities rule reclined on weakness, stupidity, fear,  surrender, and inaction. They are proud of that. And do not aim for anything. And while in the past, the weak bowed before the strong one, now the strong one is expected to bow to the weak.

The straight white man ruled with a whip, the contemporary worm rules through need. Before slavery used to cause tears among the oppressed, today it brings smiles. And the most important thing, before at least the master was above everyone else. Now the masters also crawl in the mud.

The white straight man is gone. The mass castration in the last 70 years gave results. Currently, the qualities worshiped in the supposedly male sex are gentility, attention, servility, and submission, or in other words, the ability to be a pathetic woman. The society has done its job as the contemporary man is exactly that. A pathetic woman.

Discrimination is necessary. Not because of skin color, gender, sexual orientation, wealth, or age. But because of weakness, crawling, whining, complaining and stupidity. And mostly because you want to transform the world into an icky jelly where the one who stands at the bottom deserves the most respect. You want to be equal? Then climb up. Do not pull the other downwards towards you.

You, people, proved that you are slaves and aim to stay this way. You want and insist on being ruled. In every situation, you will create a master and you will bow to him. I am an individual and I am free. I am aware of myself and consequently, no one can rule me. The proud black woman does not spend her days worrying whether someone may or may not discriminate her because she knows that she can achieve anything. The gay overman does not think that his greatest accomplishment is that he sleeps with other men.

To the overman, it does not matter who will be the master of the world because no one can get to him. But it matters to you. So I recommend you to keep obeying to straight white men. This way you guarantee a longer, and honestly, more dignified slavery for yourselves. If you obey minorities, your slavery will be total but your species will go extinct. And you do not want to let this happen as you insist on living so that you can serve.