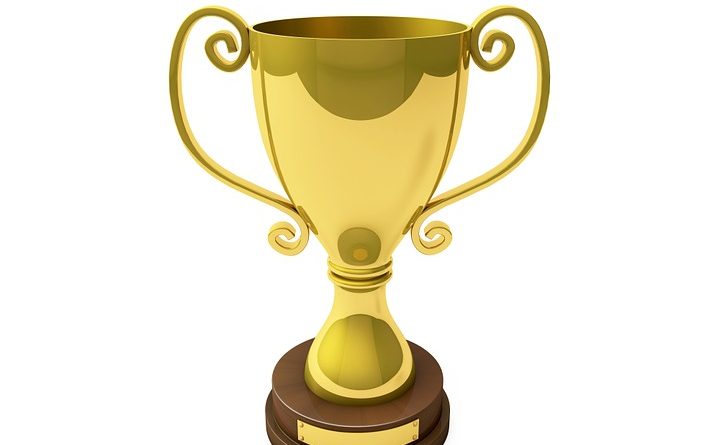 Caster Semenya stood against the world institutions who thought they could determine her gender. She refused to betray her beliefs and thus she defended the idea that the individual person cannot be put into statistics.

With his concerts throughout the year, Havasi proved that the modern artist is alive and the world belongs to him. He gives the public art created by the genius of the individual and dedicated to his love towards the man and the Universe.

This year Lady Gaga burst into a whirlwind of beauty and power, showing that she is ready to throw herself into the depths of art.

This year Federer kept competing with exceptional abilities and class, proving himself as one of the most respect-worthy athletes in history.

After her election for President of the European Commission, Ursula von der Leyen showed willingness to protect and develop Europe through the portfolio for Promoting the European Way of Life and the proposal for a Green Deal for Europe.

Darin Angelov is filled with childlike happiness and true excitement from his work. He reveals his love for art and his pride that he works in the majestic building of the National Theatre. Дарин Ангелов е изпълнен с детска радост и истинско вълнение от това, което прави.

Dwayne Johnson maintains his dignified performance in his career and keeps the levels of global positivism up with his smile.

Endi showed that he is an exceptional drummer, and he has the charisma to impress and inspire the public.

This year Fiki kept spreading positivity and defending values such as love and family.

This year Modá kept singing about love towards love itself.

Ayn Rand keeps confirming the idea that the matter stands above the soul. In her novel “We, the living”, she puts a bundle of money in the place of the human heart.

David Benioff and D. B. Weiss

The creators of “Game of Thrones” murdered a beautiful and proud world, filled with love, and transformed it into a dead emptiness which cannot give life to anything.

This year Elon Musk deepened his betrayal to mankind by saying that artificial intelligence would displace humans and they should merge with it in order to stay competitive. This shows a total lack of respect towards humankind and refusal to defend its existence.

Pablo Picasso has dedicated his existence to sucking the life out of the beautiful and to creating talentlessness and ugliness.

Under the leadership of Susan Goldberg, the articles of National Geographic transmit a common message that the human is worthless and weak. The magazine undermines key human relics and lauds the renouncing of the human kind.

Boris Johnson based his Brexit campaign on populism and lies. What is more, he did not even manage to fulfill his most important promise to complete Brexit by 31 October.

Preslava showed that the lack of self-esteem can break you even when the facts are on your side. Her face was a symbol of beauty and charm but she decided to renounce it and replace it with another belonging to a stranger.

Rammstein betrayed Germany with their song Deutschland. In it, they chose shame and mediocrity over the zeal for greatness and one’s desire to achieve one’s best self.

This year Slavi Trifonov entered politics and created a party called “There is no such country”, with which he made the last step on the road from a rebel to a servant of the System.

Tessa Thompson is completely determined to only play roles which demean mankind. Whether she would mock the great past, strive for our physical extermination, or simply spread mediocrity, she always works against our kind.

The poems of E. E. Cummings reveal the truth about life and love in a beautiful and merciless way. He writes about all the secrets of the world which are visible only to the ones who love.

Ivan Vazov feels incomparable love towards Bulgaria and his works reveal the wonderfulness of the country in every aspect – historical, natural, cultural, etc. Today this loves serves as an inspiration and can still disprove the opprobrium against all that’s Bulgarian.

This year the prophecy of Nostradamus about the beginning of the great war for the fate of mankind came true.

Pencho Slaveykov believes unconditionally in the strong, proud, creating human spirit who can overcome every hardship. He searches for and discovers the overman in the creators and the loving ones and dedicates his works precisely to their will to realise themselves.

Ramesses II is a symbol of the greatness of Ancient Egypt and carries the qualities of a true pharaoh.

Discovery of the Fernandina Giant Tortoise

To discover an animal which was last seen over a century ago is an unexpected surprise and gives hope that more species can be saved.

First Photo of a black hole

This year people were able to take a photo of another miracle of the Universe.

The project for Europe becoming climate neutral by 2050 shows willingness for change and for concrete actions. This proposal again positions Europe as the continent leading the positive progress.

The idea for planting 20 million trees is great and will have a real effect in the fight against deforestation.

This year there is a trend for young people to stand up for a better future. That was noted as well by the UN as the theme of Human Rights Day.

The arrest of Julian Assange was a double victory for the System as it showed how it can break a fighter and how a potential defender would still turn the person to the law.

Ending of “Game of Thrones”

The most significant saga of the decade ended with the destruction of all characters who carried fight and greatness. The series aimed to transfer the message for the death of the overman and the dictatorship of nothing to the real world as well.

This year Huawei’s phones spread everywhere, enhancing the power of the Chinese government over people’s privacy.

The Notre-Dame Fire was a strong energy ritual aimed against humanity.

Despite his function of the typical main character, Captain America always remained true to himself and his values. In contrast to his allies, he really respects the world and wants it to improve.

Cersei Lannister was the last great monarch worthy of sitting on the Iron Throne. She was strong enough to face the death of one whole universe, remaining true to her love.

Maxwell is a wonderful sunny creature that possesses unmatched imagination and energy. He chooses with his heart, and not what is traditional, and brings positivity into every situation.

This year the saga for Ned Stark’s life came to an end. And although everything went into dust, he remains the proud unbendable king of the North.

Yami lives remaining true to his ancient past and conquers the powers of light and darkness within himself. Even in the most hopeless situation, he finds courage to go on because he does not doubt the truth for man and the world even for a second.

Bran Stark confessed in front of everyone that he does not belong to the human kind. He is eternal emptiness, void from feelings, desires, choices and everything else intrinsic to man. In the end, he became a  lord of a dead world and as one last threat, he went to find the last remaining dragon.

This character had the exceptionally bad taste to appear in a movie again.

Leo Kovalenski (We, the Living)

Leo Kovalenski transformed from a superficially mediocre character into a crawling wimp which had no strength to fight for its values. Instead of being a warrior, he dedicated himself to his complexes and weakness and thus he became an ally to his sworn enemies.

Tony Stark succeeded at physically destroying the world as he returned half of the humanity years later. He finally reached the goal he was chasing for years with his ideas for a shield around the Earth, his work on artificial intelligence beyond his control and the creation of Vision.

Tyrion Lannister successfully concluded the cycle of betrayals with Varys and Daenerys, who were the only to people left in his list after he had already backstabbed his whole family and the whole world. In the end, Tyrion remained to govern a dead kingdom without protesting against the fact that he is serving the greatest evil in history.

Wronged Fictional Character of the Year

(This year we decided to introduce the Wronged Character category because too often authors of books and movies coerce their characters to renounce themselves only to make the plot more unexpected and offer them conclusions which do not correspond to their personalities at all. The aim of this category is to defend those characters and give them the respect and understanding they deserve.)

Captain America would never go back to live his life in the past because he knows the value of loss and of having only one chance in life. The creators of the movie aimed to show his decision as right in order to promote the idea that the ordinary nice life is better than the one marked by strength and sorrow.

Jon Snow was used in a horrific way by the creators of “Game of Thrones” in order to crush the idea of man. Jon is the character who has been the most obvious symbol of the human in the last decade and his fate of a traitor and an exile from the world plants a message of doom in the consciousness of every viewer.

The Night King is one of the villains with the greatest potential. The world was waiting for his development for years and the possible theories were endless. And at the end, when there was a hint that he possesses a superior intelligence and can be one of the most interesting characters, he was simply killed off in an absurd manner, without doing anything.

In the last Avengers movie, Thanos artificially renounced his beliefs, so that his true greatness would be tarnished. The scriptwriters tried to transform a person saving the world into an empty-headed villain who wants to destroy.

The character of Thor is represented in an absurdly unrealistic way in “The Avengers”. Completely without logic, he accepted the deaths of his mother, father, brother and Asgard without noticeable long-term upset and he had no reason to suffer from a nervous breakdown after the battle with Thanos.

One thought on “Absolutnite’s Awards Nominations 2019”