There are four minutes until the end of the world. The Absolute decided to make the following experiment: We will assume that each event with wide negative energy consequences in the world, measures one second, and we will see how long will it take for one minute to pass. This is a real-time demonstration of how the noose tightens around people’s neck, while they rejoice it. 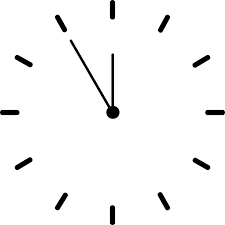 59. The proposal for erasing sports records set before 2005 – because it will destroy sport and will be a step towards the erasure of the past

58. The creation of postmodern collages with faces from paintings  – because it destroys painting and it is a step towards the erasure of the past

57. Eurovision 2017 – because it proves that weakness and not talent is what is awarded

56. “Under the Yoke” in shlyokavitsa – because a great novel representing a great era and key for the Bulgarian spirit was destroyed and transformed into a postmodern mess

55. The first child registered as sexless – because it proved that people can close their eyes for every fact

54. The war against cash – because, if money is only virtual, the System will have a total control

53. The weddings with virtual women in Japan – because technology replaced not only love but one of the partners as well

52. “Despacito” becoming the most popular song – because it proved that the most mediocre thing becomes the most liked one

51. The campaign against Confederate monuments in the United States  – because it puts the weakness from the present times above the strength from the past and because it is a step towards erasing history

50. The introduction of family sex-robot Samantha – because this robot is superior to the people who use it

49. The introduction of a pre-crime system in Australia – because the System will be able to stop every attempt for rebellion right away and because it destroys the free choice

48. Granting citizenship to a robot in Saudi Arabia – because even one of the most conservative countries is ready to accept robots as people