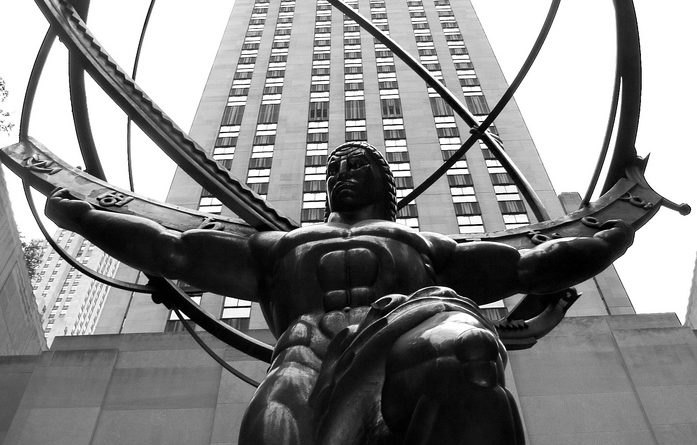 Who is John Galt?

John Galt is a contempt-deserving nobody with the most degraded goal in life: to stop the motor of the world. He uses all his intelligence, will, and talent for achieving something which all his enemies achieve with full success without him.

In a book where all the characters are completely identical, John Galt managed to be the most common of all. In literature as a whole, he is just the next main character: the one who wins at the end because he is too superficial to lose anything.

At the end he allowed himself to mark the whole Universe with a sign of slavery. However, he cannot enslave anything because he does not exist.

Who is Dagny Taggart?

Dagny Taggart is a successful, strong woman with high goals, immense intelligence, incomparable potential, and indefeasible dignity. She is also known, of course, as the girl, polishing Francisco’s shoes, John’s housemaid, and the luxurious object for Hank’s amusement.

Dagny Taggart is a woman with the remarkable talent to fall lower than her adversary. John and Francisco were gifted enough in this area, but she won against them without much effort. However, the real difficulty was Hank Rearden. Hank was working without a rest line after line and thought after thought, shoveling his way down to the underbottom. But next to him it seemed like Dagny had an excavator. That’s fair, in their world the most innovative person wins.

Who is Hank Rearden?

Hank Rearden is a person with an accurate judgment. He married the woman he despised the most in the world and considered the one which reflected all of his values to be a rotten slut. Hank Rearden is an aesthete. He finds a way to improve even the unconditional beauty of wild nature by decorating it with a billboard. Hank Rearden is a man who keeps his word. He promises to never give up the world to his enemies and does… not exactly that.

Hank had to go a long and hard way. In the beginning of the book he controversially allowed himself to differ from the other objectivists by considering sex sinful and degrading. But as it happens in fairytales it all ended up well: Hank accepted sex and became just like the rest.

Who is Francisco d’Anconia?

Francisco d’Anconia is a whining full-of-complexes person, who wanders the streets complaining that people do not bow to him. He believes that the abilities of one person should make everybody else venerate him and those who don’t must die. He thinks that through gratefulness the inferior ones can at least partially deserve charity.

Francisco, of course, is the best character in the book, as he knew at least some things. For example, he gave probably the best explanation of the function of money – to facilitate the material remuneration of labor and the exchange of goods. However, he fails to notice that it isn’t the greatest discovery made by mankind. He had guessed that the railways and the mines are alive only when they are powered by human passion. Whether he was feeling passion is another question. He had understood sex: that the object of your sexual desire is a reflection of your own self-esteem. Why Dagny was humiliated in all of her sexual relationships remains unknown. He knew that greatness is the worst crime according to society. But how to fight for it was completely beyond his comprehension.

Who is Ayn Rand?

Ayn Rand is a supreme manipulator, who lived in an age when people were already too stupid to be manipulated. Ayn Rand is the best forger of love, freedom and honor and cannot be caught because their authentic forms are long lost. Ayn Rand is one of those people who hold humanity in their palm: she will never make a fist to crush it completely, but she will always hold it half-closed in order to keep humanity in darkness.

Atlas is the one who cares about the world. Atlas is the warrior who bears his burden in the name of his goal. What everyone considers his punishment, he sees as his pride. Atlas exists in order to carry the world. He becomes stronger. He can lift the globe and point it towards the sun. Atlas will not give up.

“Atlas Shrugged”: A simplified version of “The Fountainhead”

“The Fountainhead” of death

The Four Horsemen of the Apocalypse in Ayn Rand’s Fountainhead