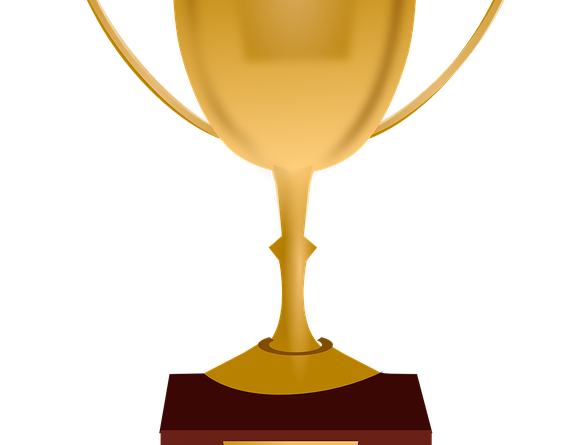 This year, Cristiano Ronaldo achieved great victories in his professional and his personal life.

Elon Musk keeps fulfilling his plans and both of his companies, Tesla and SpaceX, succeeded in their endeavors.

Hugh Hefner is nominated for his general contribution to culture. He managed to create a  classy magazine with naked women, he published the book “Fahrenheit 451”, and he encouraged the publishing of a cover with a transgender woman on it.

In 2017, Jean-Claude Juncker managed to save the values of the European Union from populism and he handled the Brexit situation.

Vladimir Putin is a worthy defender of conservatism and he is going to make sure that he will the president of Russia until 2030.

Antonin preaches denial of the self and encourages all forms of collectivism. In his classes he recruits followers of his doctrine, leading them away from human nature.

Arran Lee Wright created a sex robot and made it a member of his family.

In “Origin”, Dan Brown shows the absolute spiritual death of humanity like a happy future. At the end, he slightly opens the door leading to life by suggesting that computers may not be the path towards progress. But, in the end, just like in all of his books, he refuses to choose a side.

Mitko and Mimi achieved total obedience and complete self-dissolving in the social sect. Their choice to be in a relationship shows their lack of dignity and desire to live.

Valeri Simeonov declared war on the headquarters of the free spirit, Sunny Beach.

Kiril is willing to explore new worlds and ideas and to grow as a person.

Kris is cool and he works in arts.

Marin is creepy and shows potential for dark magic rituals.

Marius protects the weak, he doesn’t drink and he is a vegan. But he is still fit.

Nikolay said that he will join the Revolution, but later no one saw him at the front.

Bozhana Apostolova published “Under the Yoke”  in social network’s slang, claiming that she is defending Bulgarian culture

Ema was a living rebel that turned into a polite hind that doesn’t have any flame left inside her.

Galena gave up her position of a strong and independent woman and her songs became commercial mediocrity. Her degradation can be seen in chalga in general.

This year, Jim Carrey denied his own existence and the world we live in.

Svetlyo Vitkov let traditional politics take over him and he made his political party ordinary.

In 2017, scientists observed time crystals for the first time. They are considered a new type of matter because of their specific features.

Discovery of a new chamber in the Great Pyramid

SpaceX made a significant progress in aeronautics by creating a reusable launch system for rockets.

The introduction of Tesla Model 3 will reduce the emissions of greenhouse gases in the long term.

The Absolute announced a moratorium on spiritual death

This year, the Absolute decided that it is time for all spiritual-death propaganda to end. Only zeal for life will be accepted from now on.

Donald Trump decided to withdraw the United States precisely from the initiatives which contribute to the development of the world.

The campaign against Confederate monuments in the United States

This campaign allows the contemporary anti-discrimination ideology to erase history.

The first registration of a sexless baby

This event proved that people would do anything to avoid reality.

The first robot to receive citizenship

Saudi Arabia gave all human rights to a robot.

The introduction of a pre-crime detention system in Australia

This initiative would destroy every freedom and gives total control to the state as it will be able to send anyone to prison.

Adolf Hitler stands up for humanity and protects the role of struggle in its development.

Friedrich Nietzsche is constantly fighting for the Overman and he loves the world and humanity from the bottom of his heart. He knows when the time comes for the will for life to turn into a will for power.

In “Gone with the Wind”, Margaret Mitchell shows the strength of the individual and of the proud nation. She reveals the greatness of love in all of its forms.

Ralph Waldo Emerson depicts the beauty of human nature with his words. He reminds people that the world is theirs and they can connect with it through love.

Anthony Hopkins is suspiciously good at capturing the emotional essence of his roles. His character in “Westworld”, Robert Ford, wants people to be free…under his control.

Ayn Rand creates a fake conflict between the soul and the mind, claiming that the thinking person does not follow his feelings and the other way around. She confuses her readers by hiding her lies about the spiritual nature of the man among practical and logical truths.

Buddha encourages people to give up everything earthly and to go to Nirvana where there is no I. This year, once again the influence of his ideas on society is rising.

Helena Blavatsky has a photo. She wants to take the world away from the living.

This woman replaced Margeret Mitchell and wrote the end of “Gone with the Wind”. She turns a novel about love and greatness into propaganda about mediocrity and emptiness. In her version, Scarlett O’Hara gives up on her love for Tara and Ashley because of Rhett Butler, who wanted to destroy her.

Cersei is a strong woman who would do anything to protect the people she loves and to achieve her goals. In season seven, she remained true to herself and to her principle “all or nothing”.

Dolores never stopped looking for herself throughout all her lives. She honestly believed that the world is a beautiful place. Dolores also had the power to be Wyatt in order to bring freedom to her kind.

Maeve chose to change her world and refused to be a slave. She did not allow anyone else to decide what is real.

Melanie Wilkes (Gone with the Wind)

Melanie was one of the most important warriors in the battle of the South through her fragility and goodness. Her love had the power to create future.

Scarlett O’Hara (Gone with the Wind)

Scarlett fought for the things she loves until the end. Her love for Ashley and Tara made her overcome herself many times. She won against the army of the Yankees with the strength of her spirit.

Bran Stark said that he barely remembered who he was anymore. He became completely apathetic towards the people in his life and towards the events which directly concern him.

Daenerys betrayed Viserion because of her crush on Jon.

Jon carries the values of the ordinary person who is not capable of depth. In the seventh season, he betrayed the North by forming an alliance with House Targaryen.

Rhett Butler (Gone with the Wind)

Rhett betrayed each one of his beliefs. His actions were based on his fear. He denied Scarlett’s dignity and encouraged her vices.

In episode ten of “Westworld”, William found the answers to all the questions he had been asking himself but he was too dead to understand them.

FIFA World Cup 2018 – An occasion to celebrate the world