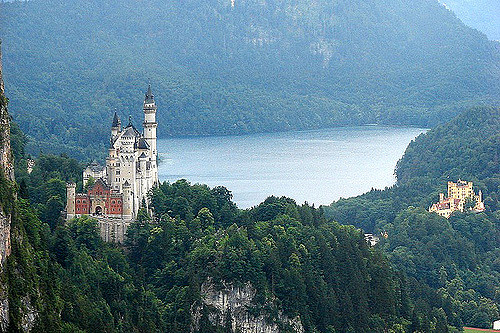 A sunrise for which you know that it will be the last. The sound of a bleeding soul. The iron breaths of the dying future, which you can touch. A submersion in an icy lake, while watching the sun above yourself. Facing love on the day of the decisive battle.

Beauty drowns the world and sinks it down. This is the end.

But the genius who created that has failed to notice.

Tchaikovsky kills the world and then simply goes to a green spring valley to chase butterflies. He was not impressed by the disappearing of everything. He is too shallow to die together with the world. So, he creates other-dimensional copies of bunnies and squirrels and lets them run around the nothingness.

The Swan Theme. Its beauty is unbearable. It kills. This is the melody which will sound during the ending of the world.

Tchaikovsky continues after that.  On the next day he gets up, has breakfast, and goes for a walk. His work and his life go on as nothing happened.

Tchaikovsky is among the greatest geniuses. He described the supreme moment in the history of the world in music thousands of years before it happens.

Tchaikovsky is among the lowest traitors. He renounces his own peak and sinks into the swamp of mediocrity.

This day will come. Flowers will open their chalices for the last time, ready to get filled with light. The sky will crimson from the passion of idealness. People will raise their heads and they will be ready. And then… the battle will begin.

Rammstein – The world with no borders