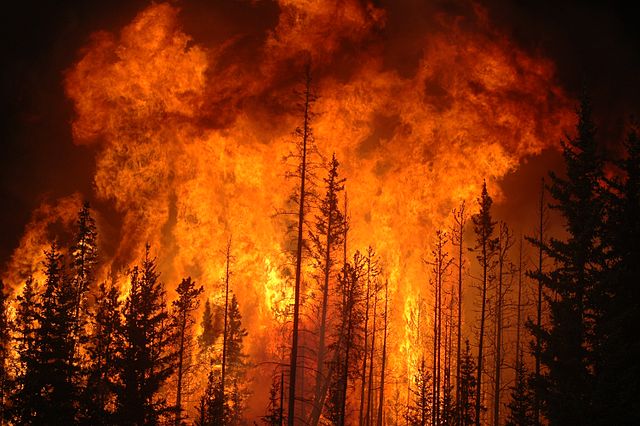 Natural disasters have always been a source of horror for people, which is absurd. When oceans rise, the humanity runs away screaming. When storms scatter their dreams, the humanity hides in its hole. When volcanoes erupt with the urge for a new dawn, the humanity lies in grey mist. When the earth shivers with power, humanity shivers from fear. To be afraid of intruders is natural but to be afraid of your own world is insane.

The natural disasters are not a punishment, but a gift. The Earth is not trying to punish us for our mistakes, no one is sending is celestial curses. Our planet is not an avenger, but a lover. And as all that knows real love, it loves relentlessly. Just like the silence of the winter afternoon does not let a single sound in its landscape, the tornado does not allow anything to stop the urge of its passion. The powers of nature are dangerous but not because they are our enemies, but rather because everything real carries danger within itself.

Natural disasters are not in conflict with the universal harmony. They are a part of it. The attempts to remove them is what goes against the natural order. The forest welcomes the burning fingers of the wildfire to turn into ashes, ready to kiss the pouring rain before it touches the earth. The wheat stems challenge the winds with their pride because they know they can rise with honor only after they have been forced down to the ground. The rocks hold their breath, waiting for a lightning that can break their eternal peace. Harmony can exist only there where is power.

The natural disasters have always meant love. The lava wants to meet the feet of those who are unstoppable, the earthquakes beat in the rhythm of the future, the snow erases the paths of safety and doom. To create a storm which destroys everything in its path is the most worthy way to say “I love you”.

The world loves unconditionally. And those who are brave enough to look its love in the eyes will find the temple of their own true self.

The subjective reality is the greatest reality

The Evolution of the Universe

Is there absolute sameness in the Universe?