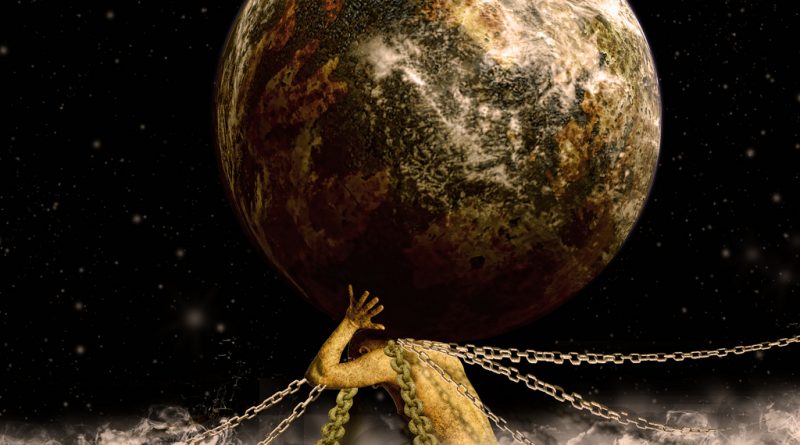 Ayn Rand has just finished “Тhe Fountainhead”. She has created a supreme masterpiece of manipulation. She managed to entangle everything good in the black web of spiritual death and to leave readers to wander hopelessly in the labyrinth of delusion. This book is her personal message to humanity and her biggest triumph over it. She must have been proud of herself. And then… the world did not understand her. People resulted to be too stupid to be manipulated by a genius. She did not have a choice but to write the same book again but in a more simple and idiotic way.

Let’s start with the characters.

Some of the similarities between Dagny and Dominique are obvious. A woman, born into a rich family, but has decided to win her own battles. In their whole lives as adults, they have seen in others only emptiness, lack of ability, service to the doctrine of death, and destruction of beauty.

The resemblance does not end here. Dagny and Dominique are proud independent women until they meet a man. Then, they transform into a luxurious doormat. They accepted all humiliations from the men around them. Gail thought that Dominique was another item in his collection of artwork. Hank decided that Dagny’s reputation in society was more important than his own respect for her. The examples can continue. Also, both Dominique and Dagny agreed to be the third person in the stories of Howard and Gail, and Francisco and Hank, respectively.

Yet there was a bit of a difference between Dominique and Dagny. Dominique was the woman who singlehandedly built pyres of her love in order to offer it a dignified end. Dagny, on the other hand, fell in love every time she saw a man, and that continued until she saw a new one. And she spent the time between the meetings trying to slip under their feet.

In her love life Dominique Francon … I mean, Dagny Taggart is at the crossroads between three men – Hank, Francisco and John (Howard, Gail and Peter). In Dominic’s case, there were significant differences between the three of them. In Dagny’s case, they were exactly the same.

Hank is the one who has decided to fight to succeed in his vocation against the whole society. He cares about his metal more than about anything else. The people around him do not believe in him, they want him to give up and to use his labor for their own benefit whenever they can. This reminds me of someone … well, yes, of Howard Roark. However, the shades of individuality are missing.

Francisco is a boring version of Gail. A very rich man who has to play the role of a jerk to achieve his goal. Society does not like them but gets excited by their lives. The protagonists despise them until they understand the reason for their actions. They are in love with the main heroine who chooses another. But while Francisco’s role required most common crawling, Gale’s included turning into a monster.

According to this model, John is Peter. I know Ayn Rand would not agree, but personally, I find it logical. John, who is portrayed as the absolute role model, has no personality at all.

Outside of Dagney’s love world, Peter is, of course, Jim Taggart. A man who has been succeeding all his life thanks to his lack of talent. And though (or rather because) he has received everything for free, he is insecure and he is constantly afraid of his failure. In a moment of uncertainty, he is able to resort to cruelty to eliminate his enemies, as it is his only remaining weapon.

Jim’s wife and Elsworth’s niece. Young girls who have potential but are killed by the sticky snare of mediocrity. No difference.

The role of society is also clear. A mass of lifeless torsos which stretch their begging hands to the genius and when they get close enough they pull their claws out and attack his flesh.

Of course, there is one character missing from Atlas. Ellsworth Monkton Toohey. The supreme mind that destroys life in the world had to be eliminated. In “The Fountainhead” Ellsworth explains his whole strategy word by word in the simplest possible way. There was no reaction. Readers did not understand what they were told. That’s why Atlas does not have such a character. There is a small, negligible Ellsworth-like creature, called Dr. Ferris. But soon, a limited and poor mind like the one of Ferris will be enough to enslave the world. If there is no greatness in the one enslaved, then it is not necessary for the slaver either.

The new characters in Atlas are Eddie Willers and Robert Stadler. And they are here to sow new kinds of spiritual death. Eddie Willers, by showing that crawling before the genius is the best option for the non-genius. And Stadler, by showing that any genius who does not have exactly the same beliefs as John cannot be anything else but a despicable weakling ready to give up everything he believes in.

The main difference between The Fountainhead and Atlas is the focus.

“The Fountainhead” is focused on art and the media, which allows for depth. The media have total control over public opinion. And public opinion has total control over the media. A newspaper that says what people want to hear is omnipotent. The creator, on the other hand, is always the one who will change the world according to his own taste. Imagination, ideas, and turning them into reality are the highest aspect of the individual. “The Fountainhead” elaborates precisely on the denial of the new, the change, the creation in the name of the old, the stagnation and the destruction. Without the emergence of new ideas, the world will cease to exist. If you take self-expression away from the soul, it will die.

Atlas focuses on politics and economics, which allows for wideness. The book talks about almost every sector: from railways to agriculture, from metal production to philosophy, from copper mining to composing music. Atlas follows the fall of a whole country, and in the background also of the world. Atlas shows how the attitude towards a Howard Roark is what will kill the whole humanity.

Ellsworth and his puppets slowly but surely destroy each truth in the world. Their poison crawls into the souls of people and gradually leaves them empty and inhuman. But this naïve threat of total spiritual death has not given any results. In Atlas, the threat of death is physical. Hunger and the agitated crowds hang over the world. Ayn Rand probably hoped that at least this will scare people.

At the end of both books, there is a large speech which summarizes the main ideas.

Ellsworth’s speech comes from the tyrant. Ellsworth talks about how everything real in the world is being destroyed. It shows how to kill a man. It indicates everything that is wrong with modern society. But how to fight this, one must understand on his own.

John Galt’s speech comes from the rebel. Since Ellsworth’s speech about everything that is wrong has led to no conclusions from readers, John Galt had to point out the truth. John shows what it is like to be human (at least according to Ayn Rand). While Ellsworth’s words are food for reflection, those of John Galt are literal instructions in order to destroy all chance of being misunderstood.

“Atlas Shrugged” has the same messages as “The Fountainhead”: The mass aims to kill the individual, while the creative power leads the world to progress. But in Atlas, the ideas are presented in a much more accessible version. Howard Roark’s complicated and incomprehensible image as a person living for himself is divided into three simple copies: Hank, Francisco, and John. The supreme enemy in the shadow, whose actions have actually led to the events in Atlas, has been replaced by countless small fleas in the foreground. The battle for art and soul has been replaced by the battle for money and the body. But while “The Fountainhead” ends with how New York climbs higher up to the sky, in Atlas, its lights go out.

Of course, Ayn herself said that “Atlas Shrugged” was her supreme work. But people did not give her a choice.

“The Fountainhead” of death

The Four Horsemen of the Apocalypse in Ayn Rand’s Fountainhead